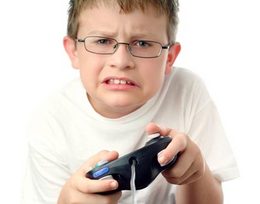 Having once made the statement above, I have declined all opportunities to enlarge upon it or defend it. That seemed to be a fool’s errand, especially given the volume of messages I receive urging me to play this game or that and recant the error of my ways. Nevertheless, I remain convinced that in principle, video games cannot be art. Perhaps it is foolish of me to say “never,” because never, as Rick Wakeman informs us, is a long, long time. Let me just say that no video gamer now living will survive long enough to experience the medium as an art form.

What stirs me to return to the subject? I was urged by a reader, Mark Johns, to consider a video of a TED talk given at USC by Kellee Santiago, a designer and producer of video games. I did so. I warmed to Santiago immediately. She is bright, confident, persuasive. But she is mistaken.

I propose to take an unfair advantage. She spoke extemporaneously. I have the luxury of responding after consideration. If you want to follow along, I urge you to watch her talk, which is embedded below. It’s only 15 minutes long, and she makes the time pass quickly. 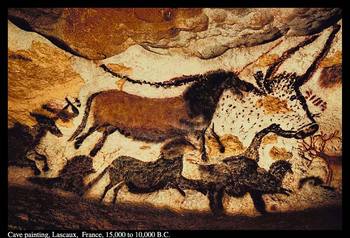 She begins by saying video games “already ARE art.” Yet she concedes that I was correct when I wrote, “No one in or out of the field has ever been able to cite a game worthy of comparison with the great poets, filmmakers, novelists and poets.” To which I could have added painters, composers, and so on, but my point is clear.

Then she shows a slide of a prehistoric cave painting, calling it “kind of chicken scratches on walls,” and contrasts it with Michelangelo’s ceiling of the Sistine Chapel. Her point is that while video games may be closer to the chicken scratch end of the spectrum, I am foolish to assume they will not evolve. 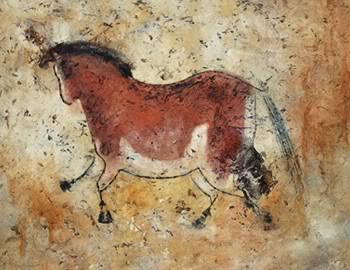 Herzog believes, in fact, that the paintings on the wall of the Cave of Chauvet-Pont-d’Arc in Southern France should only be looked at in the context of the shadows cast on those dark walls by the fires built behind the artists, which suggests the cave paintings, their materials of charcoal and ochre and all that went into them were the fruition of a long gestation, not the beginning of something–and that the artists were enormously gifted. They were great artists at that time, geniuses with nothing to build on, and were not in the process of becoming Michelangelo or anyone else. Any gifted artist will tell you how much he admires the “line” of those prehistoric drawers in the dark, and with what economy and wit they evoked the animals they lived among.

Santiago concedes that chess, football, baseball and even mah jong cannot be art, however elegant their rules. I agree. But of course that depends on the definition of art. She says the most articulate definition of art she’s found is the one in Wikipedia: “Art is the process of deliberately arranging elements in a way that appeals to the senses or emotions.” This is an intriguing definition, although as a chess player I might argue that my game fits the definition. 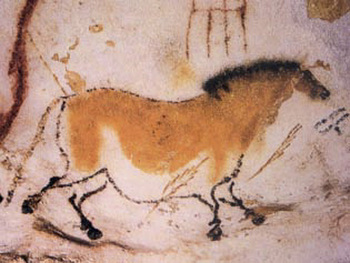 Plato, via Aristotle, believed art should be defined as the imitation of nature. Seneca and Cicero essentially agreed. Wikipedia believes “Games are distinct from work, which is usually carried out for remuneration, and from art, which is more concerned with the expression of ideas…Key components of games are goals, rules, challenge, and interaction.”

But we could play all day with definitions, and find exceptions to every one. For example, I tend to think of art as usually the creation of one artist. Yet a cathedral is the work of many, and is it not art? One could think of it as countless individual works of art unified by a common purpose. Is not a tribal dance an artwork, yet the collaboration of a community? Yes, but it reflects the work of individual choreographers. Everybody didn’t start dancing all at once. 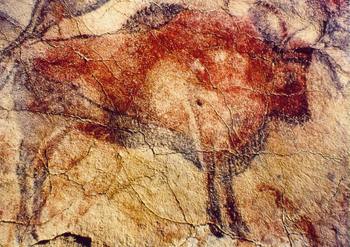 One obvious difference between art and games is that you can win a game. It has rules, points, objectives, and an outcome. Santiago might cite a immersive game without points or rules, but I would say then it ceases to be a game and becomes a representation of a story, a novel, a play, dance, a film. Those are things you cannot win; you can only experience them.

She quotes Robert McKee’s definition of good writing as “being motivated by a desire to touch the audience.” This is not a useful definition, because a great deal of bad writing is also motivated by the same desire. I might argue that the novels of Cormac McCarthy are so motivated, and Nicholas Sparks would argue that his novels are so motivated. But when I say McCarthy is “better” than Sparks and that his novels are artworks, that is a subjective judgment, made on the basis of my taste (which I would argue is better than the taste of anyone who prefers Sparks). 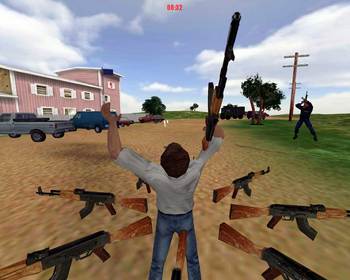 Santiago now phrases this in her terms: “Art is a way of communicating ideas to an audience in a way that the audience finds engaging.” Yet what ideas are contained in Stravinsky, Picasso, “Night of the Hunter,” “Persona,” “Waiting for Godot,” “The Love Song of J. Alfred Prufrock?” Oh, you can perform an exegesis or a paraphrase, but then you are creating your own art object from the materials at hand.

Kellee Santiago has arrived at this point lacking a convincing definition of art. But is Plato’s any better? Does art grow better the more it imitates nature? My notion is that it grows better the more it improves or alters nature through an passage through what we might call the artist’s soul, or vision. Countless artists have drawn countless nudes. They are all working from nature. Some of there paintings are masterpieces, most are very bad indeed. How do we tell the difference? We know. It is a matter, yes, of taste. 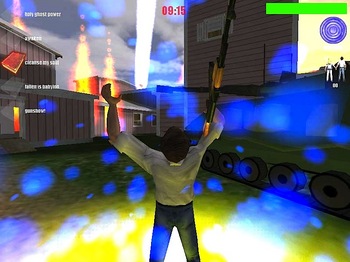 Santiago now supplies samples of a video game named “Waco Resurrection” (above), in which the player, as David Koresh, defends his Branch Davidian compound against FBI agents. The graphics show the protagonist exchanging gunfire with agents according to the rules of the game. Although the player must don a Koresh mask and inspire his followers to play, the game looks from her samples like one more brainless shooting-gallery.

“Waco Resurrection” may indeed be a great game, but as potential art it still hasn’t reached the level of chicken scratches, she defends the game not as a record of what happened at Waco, but “as how we feel happened in our culture and society.” Having seen the 1997 documentary “Waco: The Rules of Engagement,” I would in contrast award the game a Fail in this category. The documentary made an enormous appeal to my senses and emotions, although I am not proposing it as art. 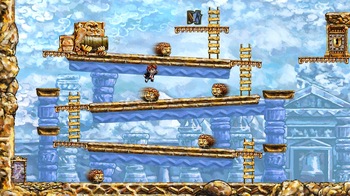 Her next example is a game named “Braid” (above). This is a game “that explores our own relationship with our past…you encounter enemies and collect puzzle pieces, but there’s one key difference…you can’t die.” You can go back in time and correct your mistakes. In chess, this is known as taking back a move, and negates the whole discipline of the game. Nor am I persuaded that I can learn about my own past by taking back my mistakes in a video game. She also admires a story told between the games levels, which exhibits prose on the level of a wordy fortune cookie. 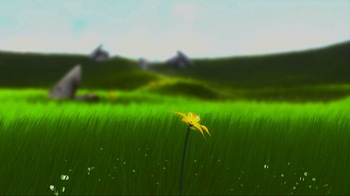 We come to Example 3, “Flower” (above). A run-down city apartment has a single flower on the sill, which leads the player into a natural landscape. The game is “about trying to find a balance between elements of urban and the natural.” Nothing she shows from this game seemed of more than decorative interest on the level of a greeting card. Is the game scored? She doesn’t say. Do you win if you’re the first to find the balance between the urban and the natural? Can you control the flower? Does the game know what the ideal balance is?

These three are just a small selection of games, she says, “that crossed that boundary into artistic expression.” IMHO, that boundary remains resolutely uncrossed. “Braid” has had a “great market impact,” she says, and “was the top-downloaded game on XBox Live Arcade.” All of these games have received “critical acclaim.” 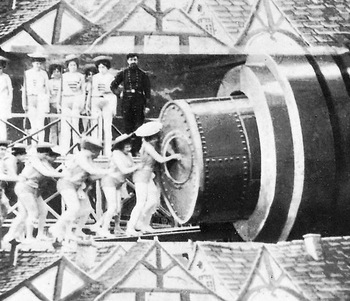 Now she shows stills from early silent films such as George Melies’ “A Voyage to the Moon” (1902), which were “equally simplistic.” Obviously, I’m hopelessly handicapped because of my love of cinema, but Melies seems to me vastly more advanced than her three modern video games. He has limited technical resources, but superior artistry and imagination.

These days, she says, “grown-up gamers” hope for games that reach higher levels of “joy, or of ecstasy….catharsis.” These games (which she believes are already being made) “are being rewarded by audiences by high sales figures.” The only way I could experience joy or ecstasy from her games would be through profit participation.

The three games she chooses as examples do not raise my hopes for a video game that will deserve my attention long enough to play it. They are, I regret to say, pathetic. I repeat: “No one in or out of the field has ever been able to cite a game worthy of comparison with the great poets, filmmakers, novelists and poets.” 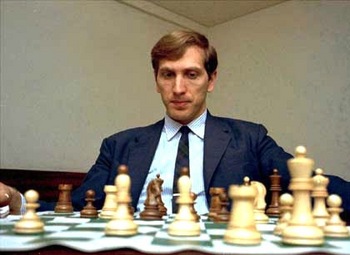 Why are gamers so intensely concerned, anyway, that games be defined as art? Bobby Fischer, Michael Jordan and Dick Butkus never said they thought their games were an art form. Nor did Shi Hua Chen, winner of the $500,000 World Series of Mah Jong in 2009. Why aren’t gamers content to play their games and simply enjoy themselves? They have my blessing, not that they care.

Do they require validation? In defending their gaming against parents, spouses, children, partners, co-workers or other critics, do they want to be able to look up from the screen and explain, “I’m studying a great form of art?” Then let them say it, if it makes them happy.

I allow Sangtiago the last word. Toward the end of her presentation, she shows a visual with six circles, which represent, I gather, the components now forming for her brave new world of video games as art. The circles are labeled: Development, Finance, Publishing, Marketing, Education, and Executive Management. I rest my case.